Why the Media Have Been Greasing Trump’s Wheels 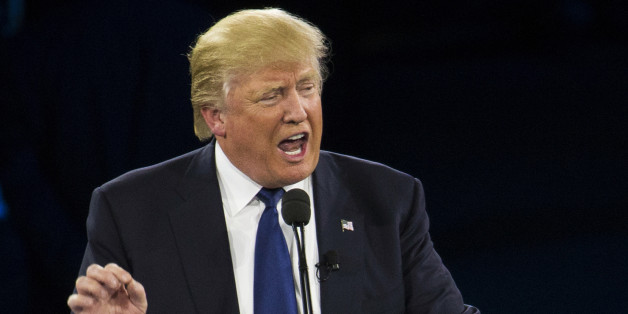 How to explain the indispensable role of the news media in lubricating the unfathomable rise of Donald Trump?

It can’t be favoritism. I venture to say that a survey of U.S. journalists taken at the start of the primary season would have found support among the working press for the idea that Trump was a plausible, let alone desirable, presidential candidate would have been infinitesimal.

Donald Trump? Really? He was viewed as at best a mildly comic oddity, and if pressed, I suspect most journalists would have said he was little more than a vain, preening, ill-informed, self-absorbed, loud-mouthed TV celebrity. He was distinguished mainly by his wealth, iridescent hair, multiple wives, mixed record of business success, and passion for naming things after himself — in short, a curiosity who had never shown any inclination to serve the public or, for that matter, anything other than himself.

But if media people found him a clown, his candidacy, without doubt, has been profoundly indebted to the same media those people work for.

Not that his success has been a media creation. Trump has a genius for sussing out an audience, and he stumbled onto real voters who’ve been really hurt. It’s a constituency of the angry and the disaffected, who admire Trump’s swagger and flamboyancy, and his apparent indifference to the contempt of the establishment. His followers seem convinced of his determination to advance their interests — even though it’s a population he hasn’t lifted a finger for in his professional life.

So he has genuine followers, and he deserves credit for giving voice to their frustration. But his ability to reach that constituency has been a service done for him by the media.

Never has a political aspirant so successfully mastered the media. Both fascinated and appalled, the country’s top news organizations have lavished Trump with attention as, by far, the most colorful, interesting and, above all, newsworthy, figure in the electoral landscape. The 2016 campaign, so far, belongs to him.

The news media can’t duck the fact that they are the single biggest reason why he is now the leading contender for the Republican Party nomination. He has spent little on paid advertising, and his towering public profile has been hugely dependent on the early and sustained decision by the nation’s news gatekeepers that he’s news — and thereby gets “coverage” while others can command audience attention only by paying for it.

The Trump people get this. He understands the media. It’s how he became a brand. It’s what he does.

On Feb. 25 Marco Rubio, the Florida senator, by all accounts bested Trump in the Republican candidates debate. He used bluster, guile, schoolyard abuse on a par with Trump’s, and a display of spine that had been until then absent from Rubio’s campaign posture. The news cycle was primed to award the trophy du jour to Rubio — until the morning of Feb. 26, when the Trump people produced Chris Christie, the New Jersey governor. Christie had apparently had an overnight conversion and called a press conference to throw his support, such as it was, to Trump.

It was perfectly played. The hapless Florida senator lost his headlines. “Rubio roars back,” “The Little Engine that could” — forget about those. Instead, as weightless as a Christie endorsement might prove to be, Trump had grabbed away the news spotlight — thanks to the complicity of the news media. The media had decided that being led by their noses was worth abandoning the customary rules under which, as long as the debates were going to be considered worth following and scoring, the person who had won them deserved his moment in the spotlight.

So why is this? Trump moves the needle. If this was still the print age, we’d say he sells papers. The GOP primary debates draw huge audiences, largely because he’s there, spouting off, insulting his opponents, uttering the unutterable, being Donald.

Whole sectors of the media are already dependent on the country’s election cycle, and the owners of local TV stations routinely factor in the same out-of-control campaign spending that is destroying what’s left of our democracy as a windfall that enables them to remain solvent. Remember, most of the money squandered on campaigns ends up in the media’s hands.

Now the national news media have discovered that under the right circumstances — meaning, in every important respect, with the wrong candidate — campaigns can be good business for them too. It’s a point that, with greater finesse, Jim Rutenberg made in his New York Times column that foregrounded “the mutual dependency” of Trump and the media.

The media are even willing to ignore the grotesque remarks Trump has made about some of their stars, including Fox News anchor Megyn Kelly, and his campaign’s efforts to exclude reporters from outlets that have criticized him, reportedly including NPR, Politico and Huffington Post. I mean, who gets away with imposing a loyalty test on which reporters can cover his presidential campaign? Donald, apparently. He has licensed himself to the media — which is the core of his ludicrous business model he brought with him to the campaign — and instead of collecting royalties, he collects voters.

All that said, it may not end badly. The moldy idea that sunlight is the best disinfectant doesn’t work as a clinical proposition, but may hold true when applied to presidential aspirants. In the past few days, the low-bore, thuggish brutality inflicted by some of Trump’s supporters against protesters at his rallies has drawn huge media coverage — one might say, disproportionate attention. Demogoguery is mentioned, Hitleresque comparisons abound, Trump’s admiring remarks about Mussolini are cited, his misogyny is rediscovered.

Trump’s own incongruities and idiocies in the foreign policy realm are also beginning to attract the sort of searching analysis presidential candidates deserve — and this too is likely to be even more skeptical in light of the gaze he has welcomed and an apparently servile media have been desperate to furnish.

In short, as disheartened as I have been by the boost the news media have given Trump’s ascent, we may be entering a realm when the same notoriety is a liability, because it exposes his candidacy to a scrutiny it cannot withstand. What was catnip in the primaries may prove toxic in the general.

A rebirth of media heroism

Safeguarding News in the Era of Disruptive Sources